CERTIFIED NATURALS™ HAS A MISSION

Our passion is to partner with ingredient suppliers that have developed high quality natural raw materials that deliver clinically proven health results to consumers. We search the world over for ingredients that have been tested for safe use in humans and have documented evidence showing them effective for specific health conditions in a clinical setting. The ingredients we choose are unique and often patented.

We then bring these world class ingredients to the best Canadian supplement manufacturers to design convenient dosage forms to meet your health needs. Canada is a world leader in enforcing strict regulations for the testing and manufacture of natural health products – all Certified Naturals™ products are made under GMP (Good Manufacturing Procedures) standards established by Health Canada’s regulatory offices.

The best ingredients. The best manufacturers. The best results for your health.

When you see a product bearing the Certified Naturals™ logo, you will know that great diligence has been put into the selection of the ingredients, the design of the formulation and the precision of the manufacturing – all checked and verified by quality testing.

Certified Naturals™ Calcium Magnesium liquid is an easy, pleasant-tasting way of getting daily calcium requirements for those that have trouble swallowing large tablets.

Recommended use: Calcium intake, when combined with sufficient vitamin D, a healthy diet and regular exercise may reduce the risk of developing osteoporosis. Helps in the development and maintenance of bones and teeth. Helps to maintain proper muscle function, including the heart muscle. Helps in energy metabolism, tissue formation and bone development. Helps to prevent vitamin D deficiency.

Recommended dose: Adults (19 years and older): Take 1 tablespoon twice daily, with food a few hours before or after taking other medications.

Risk information: Some people may experience diarrhea with magnesium doses above 350 mg per day.

Cautions and warnings: Consult a health care practitioner prior to use if you are taking blood thinners.

KEEP OUT OF THE REACH OF CHILDREN. Do not use if outer safety seal is broken. Store in airtight container, protected from light. KEEP REFRIGERATED AFTER OPENING. Shake well before use. 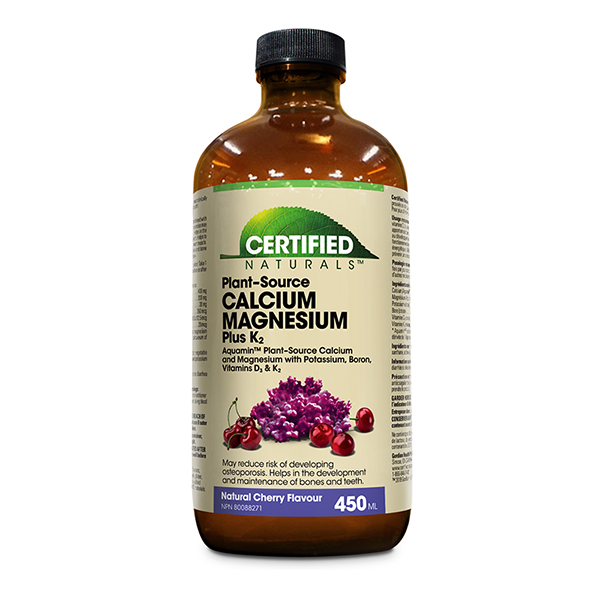 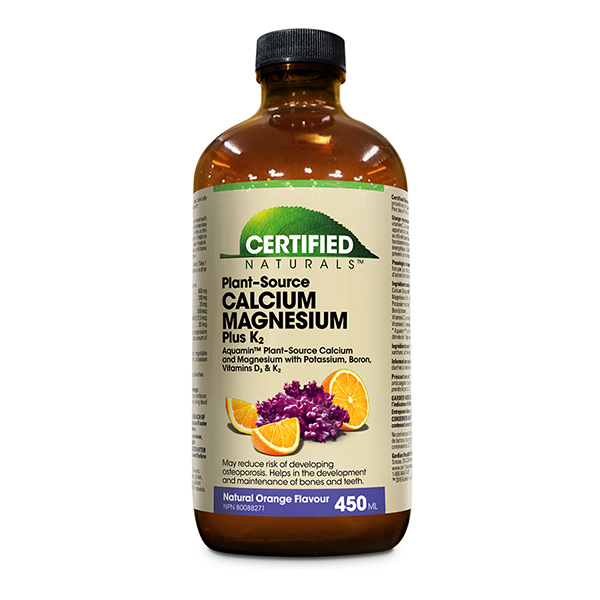 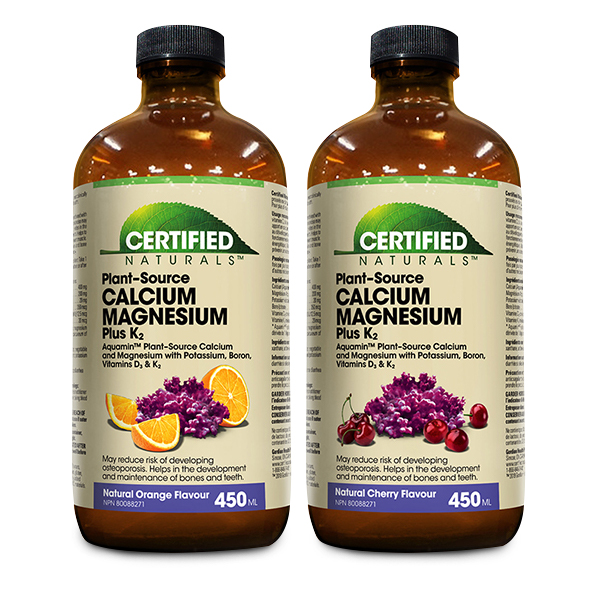 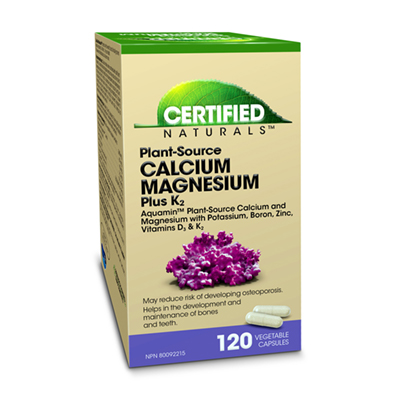 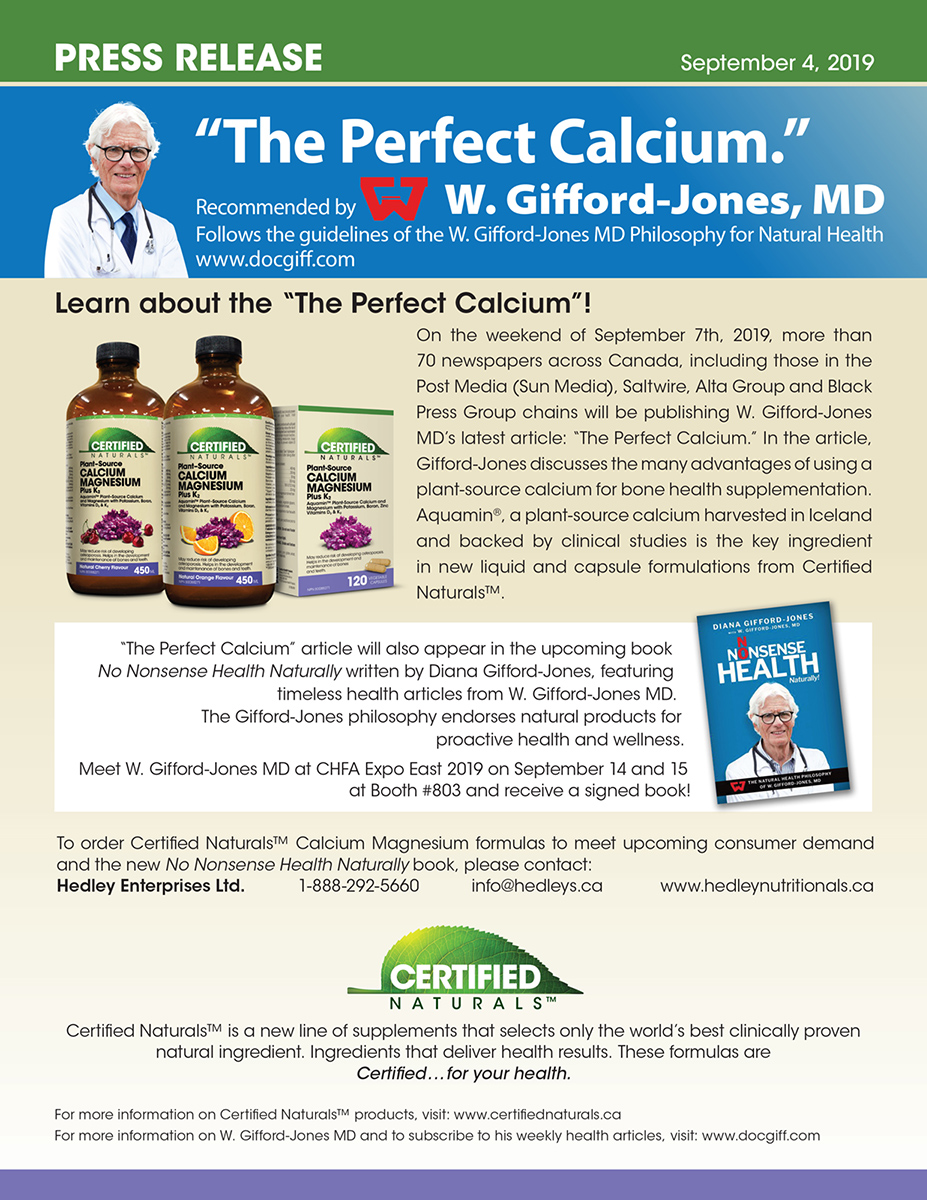 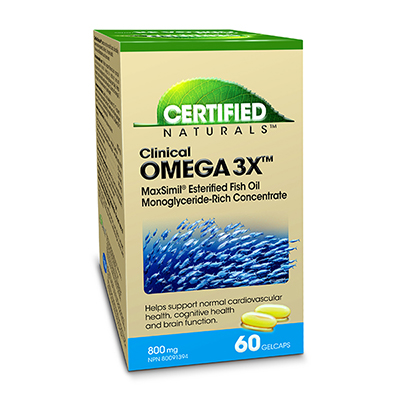 A new way to maximize the heart health benefits of omega-3 At last…a breakthrough in omega-3 efficacy!

Gentler on the stomach

Canadian technology Fish oil and omega-3 consumption in Canada Fish have been an important part of the human diet for millennia. Fish are known to be rich in many nutrients: vitamins, minerals and proteins. In 1929, researchers first discovered the importance of essential fatty acids in the diet of animals and humans. Healthy living without these fatty acids……. more

Certified Naturals™ Clinical Omega3X Fish Oil gelcaps feature the fish oil source known as MaxSimil® for superior absorption.
MaxSimil® is a patented omega-3 fatty acids technology that was developed and researched in Canada.
MaxSimil® starts with the highest quality fish oil caught off the coast of South America, then processed and purified in Norway. A biomimetic enzymatic process is then applied to form an absorption-ready monoglyceride (MG) form of fish oil.
MaxSimil® omega-3 technology mimics the body’s natural processes, arriving “pre-digested” so that your body doesn’t have to rely on its own processes for digestion.

As a monoglyceride, MaxSimil® is ready for immediate absorption into the small intestine. In a preclinical trial, MaxSimil® was shown to enhance the absorption of omega-3 fatty acids by over 3 times vs. a typical fish oil supplement of the same potency.

As a monoglyceride, MaxSimil® is ready for immediate absorption into the small intestine. In a preclinical trial, MaxSimil® was shown to enhance the absorption of omega-3 fatty acids by over 3 times vs. a typical fish oil supplement of the same potency.

MaxSimil® is easier on the stomach and digestive system than traditional triglyceride and ethyl ester fish oils. Monoglycerides are easily absorbed and put less stress on the digestive process.

Certified Naturals™ AppleSlim™ is a natural supplement for use in weight management programs and cardiovascular support. 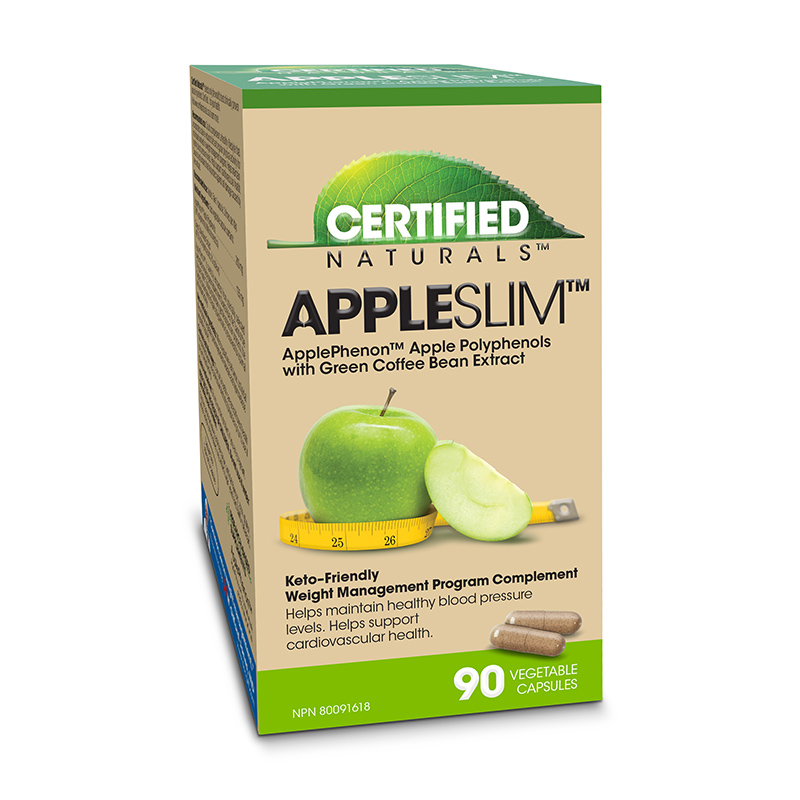 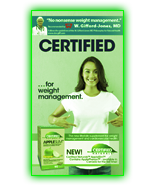 ApplePhenon™ apple polyphenols are powerful plant-based antioxidants that have been the subject of human clinical trials for a wide variety of health issues:

ApplePhenon™ is thought to have three primary modes of action to deliver its benefits for weight management and cardiovascular support:
1. Its role as an antioxidant (clearing waste from the cells and protecting them from damage)
2. Its prebiotic properties which promote improved gut flora
3. Its ability to mimic a calorie-restricted diet by inhibiting enzyme activity in lipid and glucose absorption

Two clinical studies have shown that daily doses of 600 mg of ApplePhenon™ can help to reduce visceral fat and overall weight. The first 12-week placebo-controlled study demonstrated that by using ApplePhenon™, visceral fat in overweight individuals could be decreased by 9% while reducing waistline and hip measurements.6 A second longer study showed a reduction in in visceral fat area, an improvement in adiponectin levels (anti-inflammatory hormone that helps with glucose control) and a decrease in overall weight. 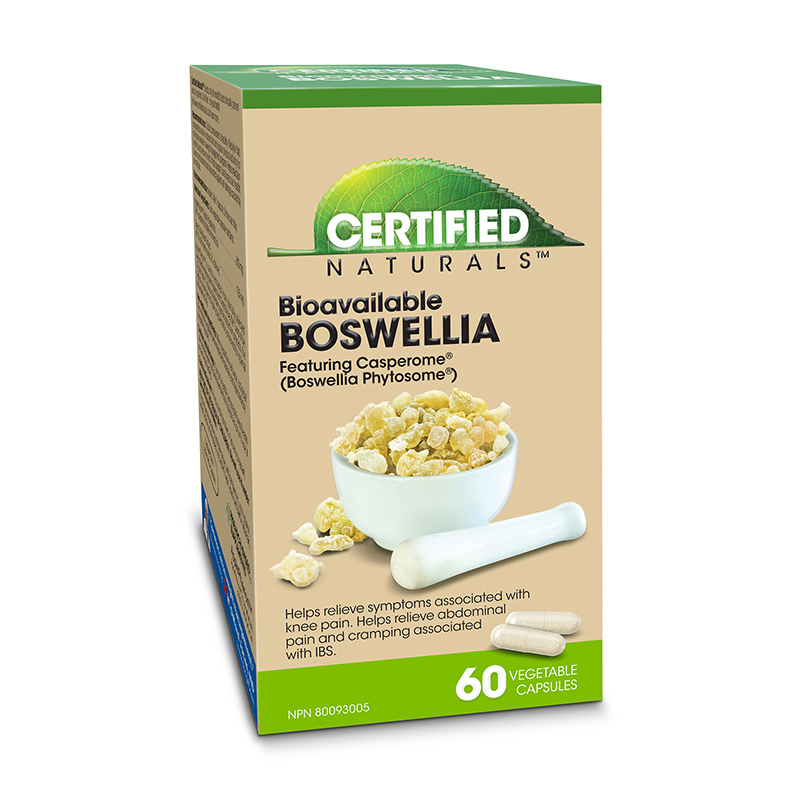 The lecithin utilized in the Phytosome® technology protects Casperome®’s Boswellic acids from degradation by water and shuttles the acids through the intestinal tract more efficiently. This mimics how taking Boswellic acids with a fatty meal would improve absorption. By using the Phytosome® delivery method, Boswellic acids test 300-400 percent higher in blood measurements when patients take Casperome® vs standard Boswellia extracts.

Not only is Casperome® better absorbed, but it is absorbed faster to deliver quicker pain relief. Casperome® also remains in the system longer which makes it ideal for one time per day dosing which is more convenient for consumers.

Casperome® has already shown to be effective for a wide variety of types of pain:

Aquamin™ contains a complex of 74 minerals including calcium and magnesium making it an ideal supplement for bone health and for preventing osteoporosis. (2 min.)

At last…a breakthrough in omega-3 efficacy!
MaxSimil® is a patented omega-3 fatty acids technology that was developed and researched in Canada.

For locations on additional products visit our STORE LOCATOR page.

Hedley Nutritional’s is our new online ordering portal for wholesale distribution.
hedleynutrionals.ca is owned and operated by Hedley Enterprises. Our goals are to provide our customers with a convenient way to research, educate and order our products. Now with hedleynutrionals.ca you can place your order at anytime 24/7.